Jean-Pierre Dickès: A Doctor With a Missionary Soul 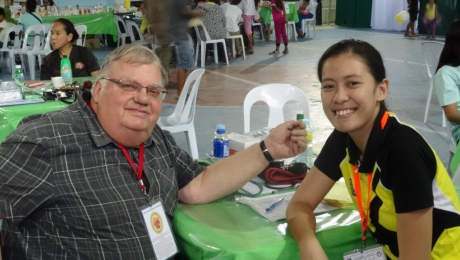 Jean-Pierre Dickès wanted to become a priest. His book, La Blessure (Clovis, 1988), reveals his state of mind at the age of 20, this thirst for the traditional priesthood. To his surprise, he experienced the spoiled nature of Catholic seminary life at that time, which ended the possibility of him becoming a priest. Archbishop Marcel Lefebvre had not yet opened his seminary in Écône. And so Jean-Pierre turned to medicine.

The following is a reflection offered by Fr. Daniel Couture.

Dr. Jean-Pierre Dickes was an obstetrician-gynecologist, pathologist and author.  He was also the president of the Association Catholique des InfirmièresetMédecins (ACIMPS) which is a large body of professionals...

Since my last letter to you, much has happened. But first of all we wish to thank you for your generous donations. We repay you by praying for all your intentions.

Following is a speech given by Cardinal Gibbons on the conclave which elected Pops St. Pius X.  The conclave lasted from Friday night till Tuesday night.